Finally, after seeing all those Instagram posts, I got to see the Lion King last Saturday.

True to feedback from close friends, the visuals are amazing. One will wonder on the extent of imagination put into the stage sets, props, and costumes. There were some moments in the play that caught me by surprise and made me ask, “How the hell did that happen?”.

The actors are mostly strapped in mechanical costumes that look so awesome and cool when they move. Think actors on stilts acting as giraffes; an actress strapped in a full-sized puppet moving about like a cheetah; an actor doing high jumps across the stage holding gazelle figures to imitate their stotting in the prairie; and an actor holding a long stick with attached mechanical birds dancing and twirling to make them come to life.

The main actors have these beautiful headpieces that transform into masks when they tilt their heads down, which made for a very convincing lion on a fight stance. 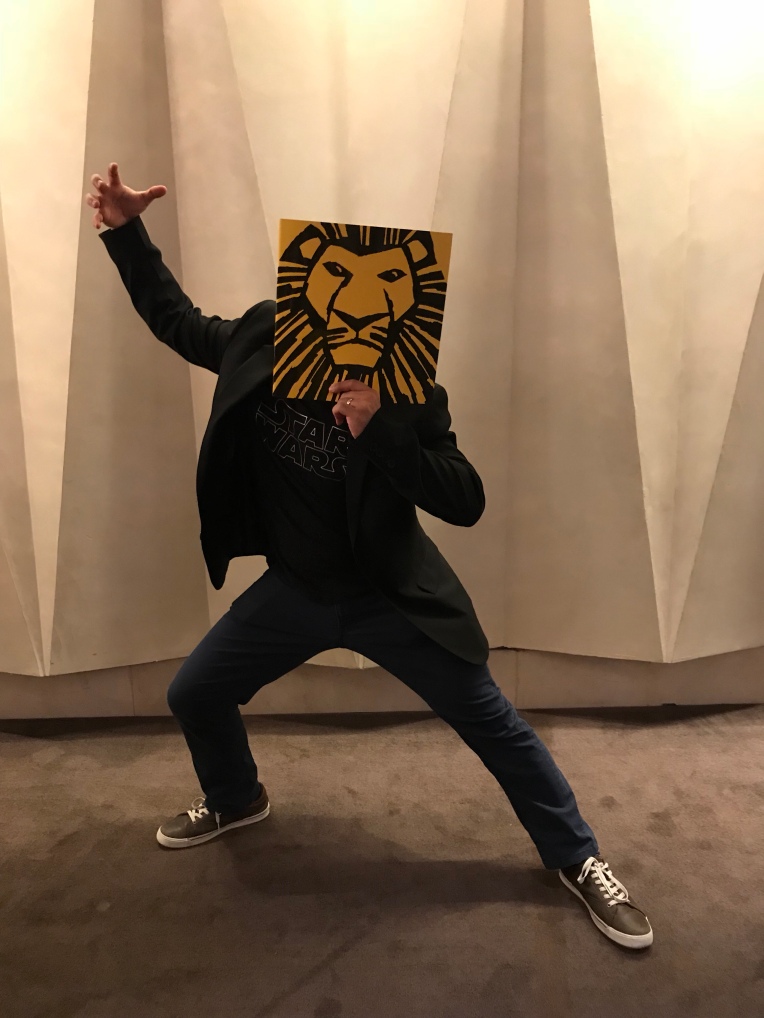 On top of navigating and acting through intricate stage set-ups, the actors are also dancing. And by dancing, I mean dance in a really technical way. Very impressive especially if you’re also singing and speaking in between.

My only gripe is there’s not one song that made me go “WOW!” during the actual play. Even Circle of Life which is the creme de la creme of the production paled in comparison audiowise to Do You Hear the People Sing from Les Mis or Defying Gravity from Wicked. If it wasn’t for the amazing visuals, it would have been just ordinary. It must be the audio in the theater at that time because even the other songs sounded muffled. After watching the play, I headed over to Spotify and listened in to the songs and they were all really good to me. Some even reminded me of Hans Zimmer with the heavy basses. Granted that they have good quality because they were recordings I’ve still seen plays where the recordings and the live performances are at par. It’s such a shame that this wasn’t the case in our show.

I think there was also one mishap because the platform where Rafiki should have held Simba up in the air during Circle of Life was nowhere; so all three actors – Rafiki, Mufasa, and Sarabi stayed on the same stage level as the other animals which overwhelmed them. I had a hard time looking for Simba, and for a minute there, it looked like Rafiki was just shaking the plushie Simba rigorously. It was hard to ignore.

Despite my gripes, there were still a number of scenes that stood out aside from the Circle of Life opening:

Overall, The Lion King is still a delight to watch. Again, it would leave you at awe on how someone conceptualized all of these and translated the animated movie into a believable live action play. It’s true when they advertised that there’s simply no like it because there really isn’t. It’s like watching a musical, a puppet show, a circus, and a shadow play all rolled into one amazing show!

I wouldn’t go about and call it as the #1 Musical, though. I’m reserving that one for Hamilton. 😜

The Manila run has been extended until May so grab a ticket and enjoy the show.